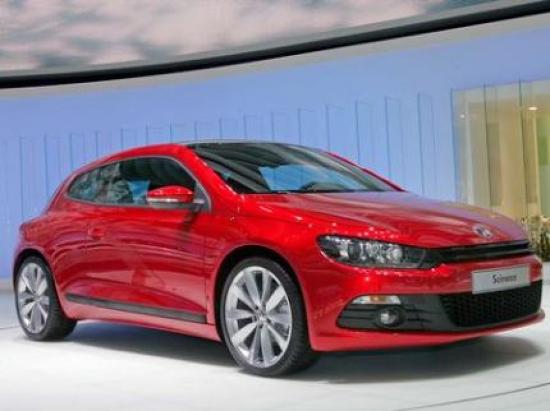 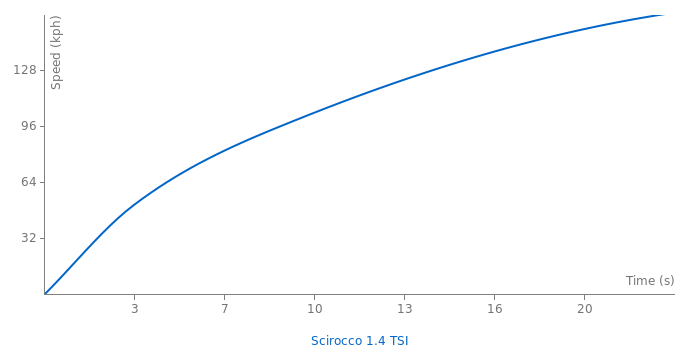 @golf3diesel: if you enjoy driving the scirocco is the one to pick since the body is quite a bit stiffer than the Golfs. The 2wd scirocco R kicks the 4wd Golf R\'s ass on the track with less hp and torque and slightly less weight. If you need the bootspace or the rearseats than the Golf is easier to live with and it is cheaper i think

i was thinking about an mk6 Golf and then i saw this.........so my question is:GOlf or Scirocco?:D
note:i am from Romania

Wads, you r damm CORRECT!!! I agree with you.

It seems very strange that this car does in Autozeitung track that unbelievable time,in a teritory of above 200 hp,while itself has only 160 hp.The first car with similar specs (207RC) is slower by 2 sec.Is this a MOG (monster of grip) or the laptime is wrong?PS.I used the filter and I took into consideration only FWD cars.

the lap was done by the 200hp 2.0l Scirocco... have deleted the time here and added at the right Scirocco model...

Correct me if im wrong, but wasnt that lap done by a Tuned Scirocco??

Sorry scirocco was tested with 1.21.9min
here is the (german) reference

Isn´t strange that the Scirocco 1.4 TSI or 2.0 was not tested in Hockenheim Short?Does anybody knows something about it?

Seems like you won't see the VR6 engine anymore in a Golf or Scirocco. The 2.0T engine producing 272 ps in TTS will be the replacement. maestro is also most likely very correct, the soon to be released 204 ps twin turbo diesel will most certainly also be available for the Scirocco.

i know all that stuff but im saying a volkswagen wit a volkswagen badge. and in my opinion the audi r8 IS a supercar. in this day and age what makes a supercar a supercar?

They alsow owns Audi, there they have the Rosemeyer concept car, build befor the Veyron using the same engine minus the turbos. R8 is claimed to be a supercar (in my eyes it is a sportcar no supercar)
There are many manufactors without a supercar.

Rice..... depends if you count the Bugati Veyron..... VW own Bugati so I think you could say they have nothing to prove when it comes to building a supercar! LOL

I expect a turbo diesel 2.0l 200hp scirocco from vw. that would be great.

i would love to see a volkswagen version of a supercar..lol vdub is the only manufaktur that doesnt have a supa car yet. they should have made the w12 nardo that was sweet..lol

In the VW sports car position it would be better to make a R8 based Volkswagen, but more people would take the Audi just for the name.

stupid..thats your opinion putting a w12 in this WOULD be awesome if i had the money to afford a w12 scirocco, damn straight id buy one and the only thing stupid about that is that you think its stupid. and i think it is time for the world to see volkswagen have a super car...even if it were to be front wheel drive. i think there should be atleast 1 front wheel drive supercar in the world..so stupid?.....riiiiiiighttt..

That would be stupid more than awesome. This is not a supercar - it's FWD coupe. Golf W12 was just a concept car to prove "yes we can put a W12 in a golf".

well is there any way to put a bigger badder better engine in it ya know kinda like they did the w12 650 cancept..yhat would be fu##ing awesomee..lol

the VR6 is to heavy would make it much to nose heavy, which would completely ruin the concept of a modern light vehicle.
Currently confimred are only the 1.4TSI with different power ouput some diesel versions and a 200hp 2.0l TFSI. VW currently thinks about a topversion with a 250hp 2.0l TFSI engine most likely called Scirocco R250.
BTW the Scirocco starts its race carrer befor going on sale. VW race the next 24h at the Ring with 3 factory Scirocco raced by some well known race drivers like WRC world champion Carlos Sainz, 3time 24h of the Ring winner Hans-Joachim Stuck, Ginelle de Villers, Dieter Depping etc.
VW hopes to repeated the GTI´s last years sensationell 8th place overall(and overwhelming class victory) with their Golf GTI..the 24h Scirocco shares the whole technic of the last season GTI.
At the same race the Scirocco Mk I started Volkswagen touring car racing history.

maybe they could make they engine bay bigger or somthing. im not a power freak or anything but in a car that looks this good i think it deserves a lil..okay a lot more power

The best they could do is put Golf R32 3.2 liter V6 in it. But it's big, heavy and very powerful engine for FWD. For a car this light (only 1271 kilograms) 2.0 Golf GTi engine should be enough for everyone's expectations. And 1.4 Turbo is adequate as well.

why would it be pointless?

Well that much power for a FWD is quite pointless but the 285 bhp would do, unless it would be a RWD or AWD but RWD depending on the wheelbase.

in the latest Autozeitung was a short compare to the Opel Astra GTC, unfortunatily without a track test... the Scirocco was all black.. looks fantastic in black. I am realy pleased by the weight, there are not many new cars in the hatchback class with such a low weight

Its finnally here, and it looks great just like the old one but it doesnt take much styling cues form the old one.

Is this the same as the mso edition, if not can I add the ...

@fastestlaps please delete the performance and change the weight to 1760 ...

@fastestlaps please delete the performance and change the power to 322 ...