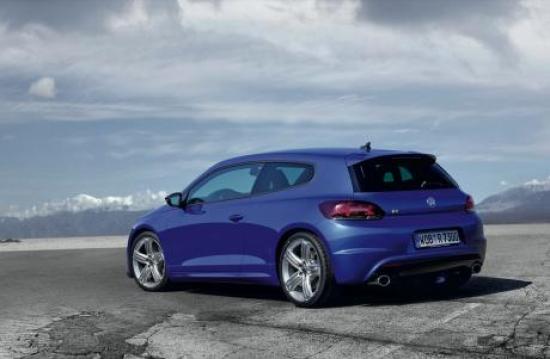 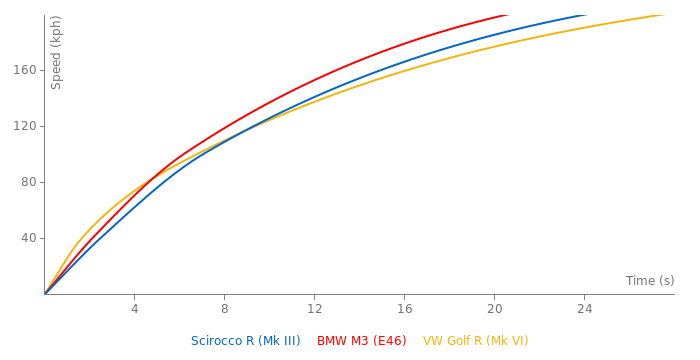 Scirocco R is the best FWD hot-hatch! Because it's one of the fastest and so beautiful!

I really hope the next Scirocco R will arrive soon with 300 PS TSI engine and AWD. With the current exterior that would an astonishing combination!

the one and only vw

Yeah, I don't understand why Ford chooses to lose the opportunity to sell Mustangs on the German market. It would sell very well I think if it was available from the dealer with warranty and service support. When I visited my family homeland of Suderbrarup, I drove a 3 series BMW, but if I ever moved there I would want to bring my Mustang GT. It would be lots of fun on the roads near Schleswig, Hamburg, and Flensburg.

QApathy
I would choose the Mustang GT over the Camaro if both would be avaible here for a similar price... unfortunatily Ford offers here only overpriced FWD hatchbacks for that money..
Focus RS ~35,000Euro
Focus RS500 ~46,000Euro

I can get the Mustang GT only via importer no factory gurantee, no dealer network support and service, expansiv spareparts importet from USA.. etc..
Have never understood Ford and Chevy that they don´t sell the Camaro and Mustang here..for similar price as in USA they would completely turn around the buget perfromance market .. I would not be the only one choosing a 400hp Camaro or Mustang over a 150hp weaker "hot Hatch" or a nacked no option base 3series C Class or A5 with only a 4cyl with 170-210hp for the Camaro price...

@Georg: The Camaro starts something like 3 grand less than the Golf R in the states as well. It is definitely a nice car, I just don't like how heavy it is. I would probably pick the lighter 5.0l. Otherwise, the SS is a great deal.

luckly Chevrolet brings now the Camaro to Germany, I test drive the SS next week. The offer is just to good ... 38,900Euro for the Camaro SS stick shift 426hp 6.2l V8 including tax! Fully loaded only options avaible car color, moonroof, stick or auto tranny, color of sticker or no sticker.
Thats cheaper than the Golf R DSG (39,275Euro)

If I like the Camaro it has good chance to become my next car...

Thanks Georg. The Scirocco R is definitely better at fuel economy than my Mustang. The Mustang GT 5.0 is rated at 17 miles per gallon in the city and 26 mpg on the highway. However, the reality is about 15 mpg in mostly city driving, and usually only 23 mpg on the highway. I haven't raced in a long time, but I am sure race track mileage would be a lot less. It also only has a 16 gallon fuel tank, so the range is quite short. So I can see some definite advantages to performance cars with better economy for daily use. I am willing to put up with the poor mileage for the performance, but I can see what others might like about the Scirocco R.

The RS3 is claimed with a averag consuption of 25mpg .. more realistic is 20-23mpg ...driven hard like during sportauto supertest it could drop down to 12 mpg ...sounds hard but most perfromance cars drop under 10 if they get pushed to the limit..the 1M droped 11mpg during the same test.
The Scirocco R is claimed with 29mpg average in a compare by ams magazine the Scirocco had the best consuption compared to Mazda 3MPS, BMW 130i, Megane Sport RS, Leon Curpa R and Focus RS there the Scirocco R reached the best test average with 20mpg (reaching 34mpg during the test as best and at the other end 14.5mpg as worst driven full throttle and rev to limiter)

On the other hand, I realize that Pony cars don't have convenient hatchbacks. That and V8 engines can really suck up petrol. And a 3.73 axle rear makes for bad highway fuel economy (usually only 23 mpg). What kind of fuel economy does an Audi RS3 get? Or a Scirocco R?

Apathy make your own RS3. Buy an A3 and put a MASSIVE turbo on it :D
In all seriousness though, APR sells a package for the Audi/VW 2.0T that raises power to 350+, more than an RS3, although driveability is probably not great. I find the stock Audi A3 jerky on the throttle.

@Apathy you do have a point. I am aware that Ford will soon market the Focus ST with something close to 247 horsepower. Mazda still sells plenty of Mazdaspeed 3s. I just think that the market is for under 30k for high performance front drivers. After all the Pony cars are all fairly inexpensive, and are better (usually) on a race track.

At Jeff B, I've looked into it and it's literally impossible with the RS models because they're categorized as completely different car models. Since the C6 RS6 for example was never exported to the US, it cannot be registered and would be difficult to import. The only way to do so would be as a show car or show piece. A Canadian company tried to import them and sell them in the US and they failed miserably unfortunately.

You could import a Q7 V12 TDI most likely because it's just a different trim and could squeak by, but models that were never imported are a different story.

@Viking: the Scirocco R in the UK is 1400 pounds less than the Golf R.

High power FWD cars are becoming a bit more popular. A bunch of manufacturers have or are going to have a fwd performance car in the US. Focus ST, Regal GS (kinda), Mazdaspeed3, etc.

Actually I think that there isn't all that much of a market for really high powered front drivers in the U.S. unless the price is low. VW is marketing the AWD Golf R, and not the Scirocco R for a good reason. Why would one purchase a front drive performance car for $35k? Or is the Scirocco cheaper than the AWD Golf R?

Buying an RS5 from say Germany and importing it to the US would be seriously stupid. With all the extra costs and euro/dollar rates you would be paying almost R8 V10 money.

@Apathy
I have doubt about that.
For example u've posted that Audi didn't export the RS models, but there are still RS models in the US, because people import them no?
U can't buy them in a consesonary?
If it's like that, why?
Sorry, maybe it's a silly question.

I wish they would export this to the US...

This time is slightly to fast, middle of all test figures ever made is 5.8 to 100 and 20.7 to 200. At least the DSG version has no problems achieving that time. 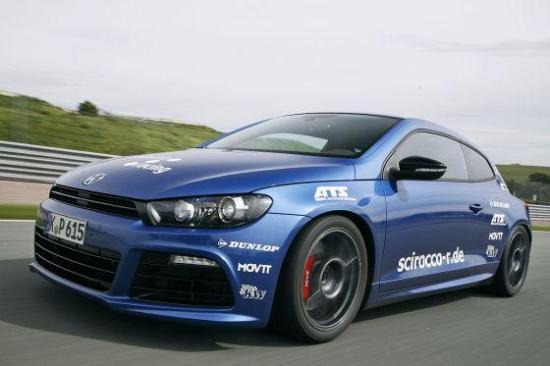 If choosen the proper tools you can turn every car into a track rocket..
Mathilda Racing use the Scirocco for endurance racing so they know how to make it fast...
The few things they made..
KW coiloverkit
ATS wheels 9.5x18
mov´it brake
Dunlop semi slicks
remaped engine
downpipe
race cat
exhust
DSG launch controll tunred off
Reader Motorsport finaly fine tuned the suspension brake tire setup ...

The completely tuned Scirocco cost as much as a Audi TT-S and owns cars costing ~150,000Euro and more 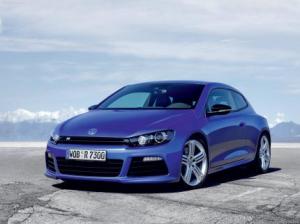 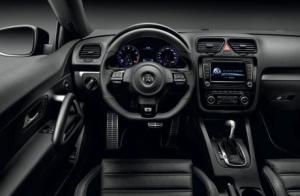