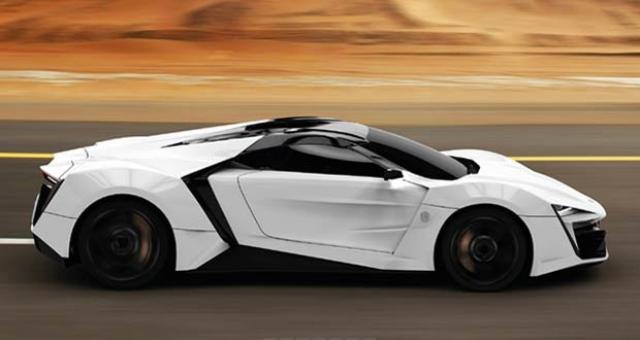 Bruh that is the best car you could ever want

Here are the specs for this car:
http://www.wmotors.ae/hypersport-specs.html

I call bullshite too, 5000Bhp my ass. I guarantee not even half.

We got a new underworld movie! Underworld 6: (W Motors) The Rise of LicanHypersport

Millions or not, That may just be a type of advertisement or propaganda simply for selling numbers, I don't think the people buying this car will ever put it on a dyno.

Where not even at the 2000Bhp mark, The Most powerful stock production car is the SSC Ultimate Aero TT with 1,287Bhp, And these guys claim almost 4..FOUR times that amount? I call BS, But good luck getting ANY form of that kind of power to the ground in ANY performance test.

If this REALLY does produce that much, Ill eat my own arse.

The concept probably comes without a real engine...

If I am wrong, and they will put it in production with the claimed power... then hallelujah!

It costs 3.4 million. I think it does have as much power as claimed!

I Guarantee that thing doesn't even make HALF as much Bhp as claimed.

Wow, this is completely bonkers!
...I want one

@BR2+
Ég er danska þjóðerni, og ásum trú. Ertu frá Íslandi? I have friends in the Asatruarfeligidh (sorry about the spelling, my keyboard doesn't do Icelandic and I don't feel like using the google translator).

@BR2+
Yeah, I am kinda slow sometimes. I studied Old Norse under Jere Fleck at the University of Maryland. Currently I use the Cleasby, Vigfussen "An Icelandic-English Dictionary" for more complex translations, and the google translator for simple stuff. I agree that the Icelandic language is difficult. Fortunately the Icelanders are very helpful if you make an attempt to speak it. I agree also that Italian is a sexier sounding language, but those Icelanders can be very sexy. ;) I haven't played any Playstation games, but I probably would like Skyrim. lol.

Who deleted the Geo Metro Hatchback?

@lafars yep, Qatar with a "Q". Even though it comes from Qatar, it might not the best roads for driving this car. I remember lots of ruts in the road surface in the summer due to the asphalt melting from the heat. Qatar sure gets hot.

The super sports version has 1000bhp. It is on seriouswheels front page. Can someone add it?

@ Pennywise: I, too, totally agree with you, if I had $3,400,000 to spend on a car with diamonds in its headlights, I'd rather use it to catch up on my bills, buy a house in Dublin Georgia, 20 miles north of where I live now, go back to school to take a course in automotive, buy another car, probably a Corvette, Dodge Challenger or Charger SRT/8, and a nice .45 ACP 1911.
PS: Welcome to fastestlaps.com. :D

I have read that Lykan plans to build 10 units now, due to high demand.

If you pay $3.4M for a car, you have more money then brains...And in this case, that's not a good thing.

I hope you can understand this...

@Pennywise
I completely agree with you. I would pay off the house back east, buy another one out here in California, and maybe upgrade to a more expensive mid-engine two seat spyder or spider (although I like the current one). I might also bring my Jaguar west to California (it needs some maintenance before trying to drive it across the country). Yep, $3.4 million could do a lot.

I actually relly like the car, the interior is fantastic, but diamonds or not, $3.4M is WAY to much for ANY car regardless of the reason. And I think this particular car reflects negative on the country, or atl;east given some of the things we hear.

Its a brand new company, so they will need the money, but even at that price, I don't see this company doing well at all, I don't think its best to start a company with such a Hugely priced car. I also thought the Bhp was a little too high. but rather then start a company with an insane price, performance of some kind is probably the best way to get your company noticed.

SSC for example, nobody knew shit about them, they broke a speed record and know people know, and they will comtinue to grow as long as they can keep it up, Pagani also, with there craziness(Still expensive, but nowhere near this) Koenigsegg, Noble, SRT(Kinda) I just think there doing it all wrong.

still could be cheaper even with diamonds!! as this vid explains: 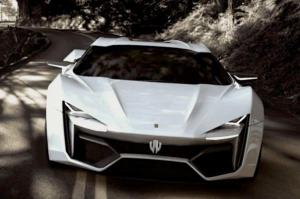 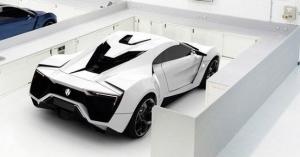 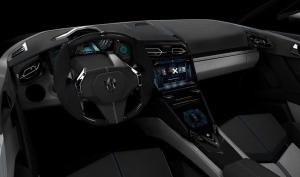 Well, you gotta love the Murcielago - it was the last ...

Anyone find it weird that there’s a Toyota Sequoia leading the ...

Eh, It’s Boston. Everyone their drives crazy, this isn’t the worst ...

I wouldn’t say these are obscure cars- Hennessey’s probably one of the largest and ...

Well I for one thought the same at first, but after driving the new ...

musk's ev car wouldn't have brought all this attention, but as ...

Lets be real, Aint nobody buying a 200k Porsche and caring about the range ...

To be fair the same driver on the same day with same tires needs ...