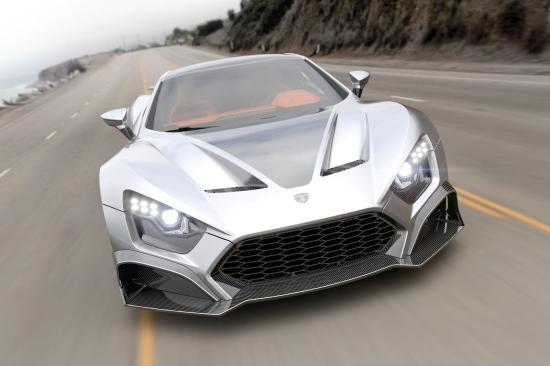 Mercedes - AMG One vs Zenvo TSR-GT

Man, this car is fire!

The new Zenvo is a high speed, actually top speed Bugatti Chiron "killer" (not Supersport!) with an extra 2MPH but LIMITED advantage over the Bugatti. Anyway those owners are too late it's extremely limited build and sold out. Damn!

Danish hypercar maker Zenvo has revealed a new model, called the TSR-GT, which trades in the stripped-out, race car vibes of the TSR-S for a more luxurious setup.

Limited to just three examples worldwide, and already sold out, the TSR-GT is focused more on comfort and top speed than the company’s previous, track-oriented models. The TSR-S’s rear wing, which tilted sideways to generate downforce in the corners, has been replaced with a smaller fixed wing.

The GT features a new set of more aerodynamic wheels with docs covers designed to reduce drag, and the power output of the 5.8-liter, twin-supercharged V8 engine has increased from 1,193 horsepower to 1,379hp.

The extra power comes from Zenvo’s new Power Pack upgrade. The company says: “The in-house power unit build and development team has improved the volumetric efficiency of the engine through an upgraded inlet plenum and exhaust manifold,” adding: “The Power Pack incorporates a flex-fuel sensor, meaning it can run on more sustainable, high-ethanol E85 fuel - in addition to other readily available pump fuels - ensuring the TSR-GTs longevity in the modern world.”

Thanks to the aerodynamic improvements, as well as the extra power and a modified gearbox with a longer final drive, the top speed has increased significantly, from 202 mph to 263 mph. Zenvo says that figure is limited, suggesting even more might be possible. Although the final drive has changed, the car retains Zenvo’s trademark single-clutch, dog-engagement transmission with helical-cut gears and a reputation for brutal gear shifts

A so-called grand touring specification sees the TSR-S’s bare carbon fiber interior replaced by leather on the dashboard, seats and steering wheels. The carbon floors have been covered with leather-edged velour mats in a bid to reduce cabin noise.

Zenvo says the GT will be the last car to be built on the company’s TS platform, which was created in 2016 and intended for the TSR race car, before also being adopted by the TSR-S street-legal hypercar. The company plans to reveal an all-new car in the third quarter of 2023.

Zenvo’s chief commercial officer Jens Sverdrup said: “A new era for Zenvo beckons, but before then, we’ve created our interpretation of a GT variant of the TS platform. We’ll make just three models, all of which are allocated to global collectors,”. 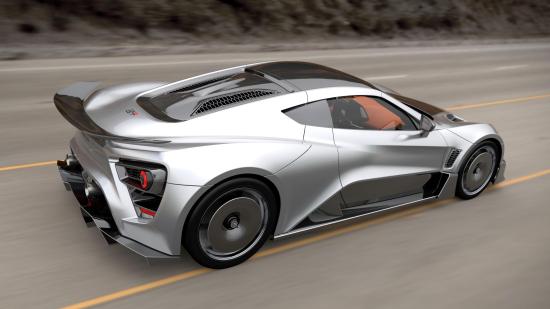 Zenvo has launched an ultra-exclusive grand tourer that features significantly upgraded performance, an aerodynamic, streamlined design and a more luxurious interior than that of the firm's 'standard' TSR hypercar.

The Zenvo TSR-GT, which is limited to just three examples that have already been sold, is the final model to use the firm’s TS platform. Zenvo says it features a low-drag design with improved dynamics and a higher top speed than the standard Zenvo TSR.

Behind the driver is a 5.8-litre flat-plane V8 engine with twin superchargers, equipped with a new performance pack that includes upgrades to the transmission, power unit and exhaust manifold. Zenvo also says the racer can run on high-ethanol E85 fuel.

The changes increase the power output to 1360bhp - 183bhp more than the standard TSR. Top speed also jumps from 202mph to a staggering 263mph (limited), owing in part to a longer spoiler and new aerodynamic wheel discs, both made from carbonfibre. 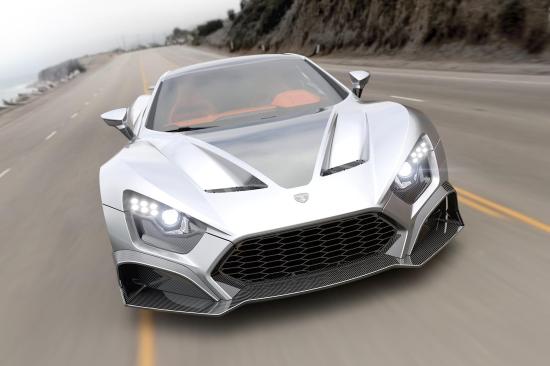 That puts the Danish hypercar ahead of the Rimac Nevera, officially the world's fastest electric production car (258mph), but just behind the Bugatti Chiron Super Sport 300+ (limited to 273mph) in terms of top speed.

Inside, the TSR-GT gains leather trim, which replaces other materials around the cabin. The Alcantara steering wheel, dashboard and seat trim are all swapped for leather alternatives, with noise-reducing, leather-edged floor mats.

Zenvo chairman Jens Sverdrup said: “A new era for Zenvo beckons, but before then, we’ve created our interpretation of a GT variant of the TS platform. We’ll make just three models.

“The final edition of the TS Zenvo platform – the TSR-GT – warrants a drastic styling change, yet remains in keeping with the traditional Zenvo aesthetic. This is a fitting addition to the TS platform, which has spanned across four models."

The TS platform has been used for four hypercars: the race-only TSR, TS1 GT, TSR-S and now the TSR-GT. Sverdrup said the GT could be the final model to use the platform.

Each car is hand-built at Zenvo’s factory in Denmark. Prices for the three sold units were not detailed, but we’d expect the GT to command a higher premium than the TSR-S, which was priced at £1.3 million in 2021." 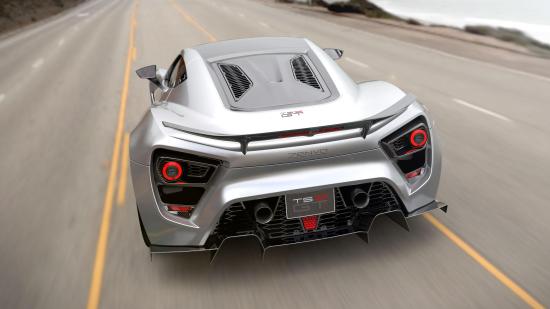 https://www.youtube.com/watch?v=xG_ybLybsEw 1:55 in Estoril Driver: Mark Webber one passeger on board

Unfortunately I have no scans of this article. Yes the 8:01 there is no ...

Do you have a scan of the article? There is another laptime that generally ...

"At least as far as I know, the Nurburgring wasn't used to test subsequent ...