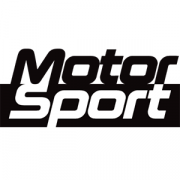 The SVJ overrated? Coming from someone who's never driven a Lambo lol

lol the hate. Just because a cars overrated doesnt mean its trash. The SVJ is well known for its factory effort ring lap which means its overrated in terms of performance. Theres so much lamborghini fanboyism on this platform. I could say any other non-lamborghini was overrated and noone would disagree. As soon as I say, "SVj is overrated" : DISLIKE!

Gotta respect that u actually replied rather than just disliking and hiding in a corner. At least you have some reasoning. Also, why does everyone make assumptions? I mean its unlikely that people have driven a Lambo but some people have. Not saying I have BTW

Re your SVJ overrated performance comparison yes the record breaking
Nurb lap was made possible by extraordinary driving by Mapelli regardless of unproven cheating allegations. The SVJ has been compromised by Audi's reluctance to upgrade the model with DCT and reduced weight but that aside the SVJ is, in the hands of a pro driver, just as capable as its competitors. In addition to that it still is one of the best looking supercars with the most magnificent engine sound out there. Overrated it is not :)

well I guess it depends on how you rate it. Maybe you dont overrate the SVJ but I have seen plenty making wild claims about its performance. The SVJ can still be beaten at the ring.

It pulls like a mule, just faster. Most fun I’ve had on two wheels. ...

What about the Jesko

Absolutely NO words to describe this! A Bugatti Killer! :O ...

Yes, your observations are accurate. Again, for the calculation, I used 765LT torque curve, ...

Now this one is VERY interesting. The acceleration figures from John ...

No need to estimate the Lotus Evija for acceleration or between ...

can we stop it with the fanboyism already, both of you and guess what, ...

Yeah I'd said as much before. Imagine it coming around the ...