So apparently, the car was losing power with each lap. Not sure why.

The car was claimed to be tested nonstop over the 3 days, which probably took the toll on the car

as for the tyre excuse, tyres are one of the biggest factors for grip

in a magazine i've read (autofil) had an article about michelin testing their tyres, the cars they were using was an audi R8 V10 and a BMW M3, on the straights the audi was faster but in the corners the M3 would have a higher speed because it was fitted with grippier tyres

It could be a few reasons.

Dunno, but I know the car is capable of much more. One could even argue its on SLS AMG BlackSeries level...

tyres can be changed, but so can brakes and suspension, Everything is an excuse when something they don't want loses, Weight, Power, Price, Aero, And even if those things were on the level with each other in any car, something else is bound to come up. But Every comparison you do its always "Tyres". And I don't think tyres on a car that 3x the price and 200Bhp down is an excuse, Or the latter. We have to just take it for what it is, NO car uses the same everything, so something is gonna be different and work differently.

my theories to why the lap is so slow compared to the power:
-weight (inertia)
-do the aerobridges push some air down into the ground? (giving lift instead)

It wouldn't matter if everything was the same, they would still pull that Biased card, There isn't many if any cars that are exactly the same, Hp, weight, Aero, Price, tyres, suspension, brakes etc, And It they wre, they would attack the drivers next, then the country of origin of the car, then the countrys program, the list goes on.

You know this as well as I do, EVER since a C6 was fitted with the same tyres, or similar tyres as its competition people do NOTHING but bitch, but BEFORE that, what did you hear?...NOTHING, people didn't say oh that GT2/GT3 wears that, Scuderia wears that, LP560 blah blah blah etc etc, Know everytime your on YT, the SAME SHite pops up in butthurt people comments, we ALL Know tyres can improve performance, this isn't new, And once they get tyres off, they go afster there country, or claim your from where ever based on you likes(As proven here)

@BR2
Yeah, I know, ignorant people would still find excuses, even if both cars were tested in the same conditions.

That's why I want every aspect (conditions, driver, tires, neutral territory) to be equal. So enthusiasts could be given the right verdict... Biased people would still call the opponent biased, despite the truth.

@BR2 Only the tires one is a reasonable excuse since they can be easily changed and they can affect the cars performance and are not an integral part of the car like the transmission or the turbos or the AWD are.

There have been many same tests, Drivers, conditions etc.

But then somebody says(As Usual) Oh the tyres, Put that on the other car blah blah blah, Then they don't want to have equality for the other car, like tranny, weight, you could even factor in price, then once that's done, they say biased, oh the Germans biased, oh the Americans are biased, Oh the Italians are biased. Then once that's covered they say the driver cant drive the car, after that.

After that they start saying, Oh that cars turbocharged, give the natuarla car a turbo and more litres then race again...after that, Oh that ones 4wd, then that ones x2 the price, then they start going after.

..I think I about covered everything in the average VS's comparison..

"And if your gonna considering a US car for being bogus in a US test, then you HAVE to consider a European car test in Europe bogus as well"

Oh, why simply not to test both cars at the same conditions, wearing same tires, being driven by the same pro somewhere in New Zealand? And everyone gonna be happy...

@Viking
Since 2002 (first launch control procedure of the Enzo Ferrari) In each Ferrari LC the front (extension valve)and rear dampers (compression valve) are softened to facilitate weight transfer to the rear at the start.

@ddd okay I finally read the article. I think the Ferrari F12 used had too much rear stiffness for a car with a 47/53 percent weight distribution. Corvettes squat in the rear on hard launches, and allow more dynamic weight transfer to the rear. If the rear springs, and dampers were softened the F12 should be able to put the power down better. An even better solution however would be to put the engine behind the driver (rear mid-engine configuration), and thus have something like a 42/58 percent front to rear weight distribution. Obviously the spring/damper switch would be more cost effective though, and could show up as a running change during production. :)

In this case yes, hilarity always ensues, its human nature, cant really be helped to laugh at something that's funny. But Hes usually a no nonsense serious type on here, But his accusation on my heritage based on my love of a certain car type is HILARIOUS, I honestly think I have atleast 5 more Funny Bones know. 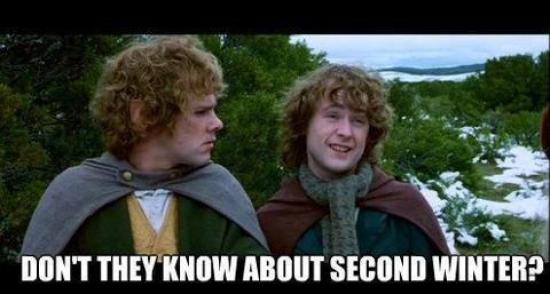 @ BR2+: LOL, you are right, I usually find them annoying, but sometimes they're hilarious, when they say or do something to make complete fools of themselves. :D

@Viking have you read the article ? That F12 had some problems with traction (even above 100km/h) and with brakes. Normal F12 has very good traction and very good brakes..F12 that was tested by MT had some defects.

lol I love how people complain about the driver, when there not in the cockpit lol Looking is one thing, doing is another. You could always go to there youtube page, or email them about the lap, I hear they reply rather fast when regarding an email.

I'm sorry but this list of lap time r ridiculous! In Europe (where we build the best car in the world) a ferrari 458 is already faster than mp4-12c, a Lexus LFA fastes than a gt3?! WTF?!
I could go on to enunciate the stupidity of the lap, the Ferrari F12 is much faster than that, you still have the guts to get it out to make the most ... In the video driver does not drive really hard, it turns out very slowly, it is really easy to do much better!