2013 Porsche 918 Spyder finished a lap of Nürburgring Nordschleife in 6 minutes and 57 seconds.

After almost 10 years people keeps making excuses. Roof was fixed for safety reasons. Did they forger that the Lexus record was on a non stock LFA? Roll cage, RE01R, and other stuff also adding the N Package wich was almost impossible to buy.. no one said anything on that. JDM fanboys.

This car is the evidence of Porsche's forgery!
I wonder how exact the same car(according to Porsche's pressroom) First run Hell 7:13.00 and then 6:57.00. It is 16 seconds difference!
You can say Horst von Saurma can't drive...
But I will bet that you can not TRUST Porsche on their times...

Preproduction vehicles are slower, it's been shown and said many times of this car. Firstly that the electric engines used turn off at 146mph now turn off at 165mph. Secondly is that the recharge is also better than before, as you see when Horst drove around the ring, he had nearly full batteries at the end of the back straight, while Marc in the preproduction ran out at the beginning of the straight. Horst managed 200mph while Marc couldn't event hit 185

it was 6'4x" or something. So this non-stock lap time is actually, slower than the stock cars'

What are you going on about now?

Non-standard wheels as well as roof: 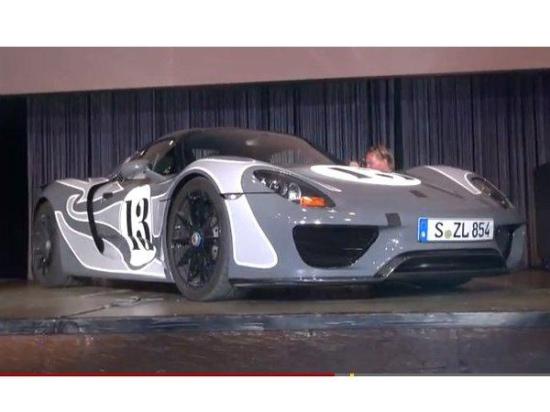 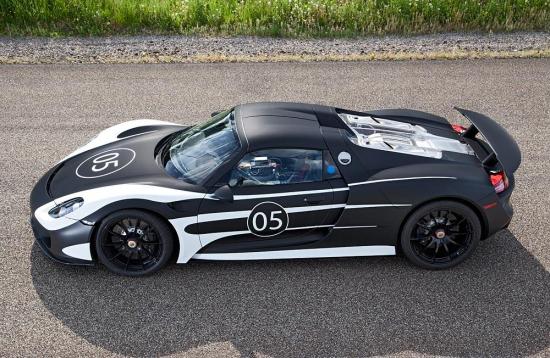 @sroser
You can delete them by yourself by clicking the "Edit" button. Just erase the text of it and submit. ;)

And a delete for double posts. ;)

@fastestlaps - Maybe we also need a facility for adding tracks as well as track times.

@fastestlaps - Maybe we also need a facility for adding tracks as well as track times.

sorry saxy, i was going to upvote yor comment but i didn't pay enough attention and accedentily downvoted it

maybe you should add an undo rating button 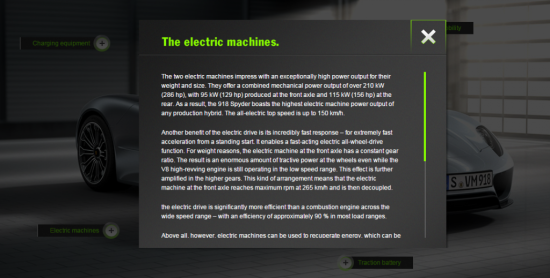 WTF is with people thinking I make up random things and make up some random numbers? It's hilarious.

I'm just surprised Autocar didn't ask Porsche about it, because they were like "why does the acceleration drop out so much after 150mph... " but let me guess, was it cuz they just gave them the keys and didn't have technicians to explain to them?

"at 165mph the front motor is decoupled entirely to avoid over-speeding it. In other words, at high speed the 918 is RWD only." -Top gear

@BR2+ - And a completely different fixed roof, with no upholstery, no sun visors and no light above the mirror.

@saxy - That's complete BS wrt the front electric motor disconnecting at a slower speed on the 'ring lap. The 918 is only quicker than the P1 from 0-30mph because of the AWD, same reason it's faster out of hairpins (plus stickier tyres). Looking at MT and Car and Driver's data, the P1 is a whole second faster from 60-150mph, 7.2s vs 8.3s.

The front motors disconnect after 165mph on the 918, but apparently the prototype that did this lap was a bit conservative and decoupled at 200kph. There's more speed in the car now.

That picture really doesnt show anything other than a different mirror.

All companies fit telemetry when testing, it's the same for everybody. A non-stock roof is non-stock, there is no debate, and no such thing as acceptable non-stock parts. The time is void.

Oh god, it's also go a Panasonic computer ad. That must mean it's not stock too.

The visors are missing and the console stub/light at the top of the rear view mirror is also missing. Porsche claim the 'fixed roof' was fitted for safety reasons, so they do not deny that the roof was non-stock. Hence this cannot be considered a stock lap time. Upholstery also seems to be missing around the vertical pillars and roof underside. 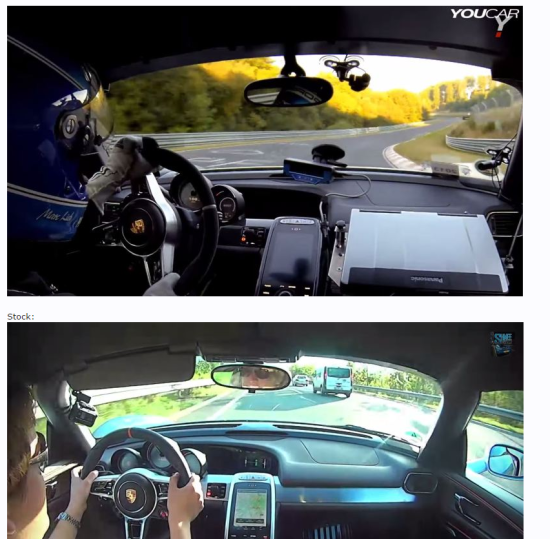 He believes that the waaagh energy from warhammer 40k is a real thing. He ...

That car isn't out yet.

It's a costly option that is available and can be upgraded in Japanese market ...