2014 Seat Leon Cupra 280 finished a lap of Nürburgring Nordschleife in 7 minutes and 58.4 seconds.

Its not a dream, Your comparing a magazine laptime to a manufacturer laptime, I cannot stress enough in the difference that makes, Like....Really?..

the german SportAuto magazin did it in 8:14 with that car with the performance pack. So 7:58 sounds like their dream :)

Anything less than 8 minutes around the Nordschleiffe is blazing fast. This is one fast hatchback.

Clomid (clomiphene) is an oral medication that works by stimulating the manufacturing and release buy generic valtrex of particular bodily hormones. Certain health care problems your doctor must find out about consist of diabetic issues, higher blood pressure, coronary artery illness, misery and peripheral vascular furosemide disease. Erythromycin can be found in an assortment of formats: tablets, pills, suspension, suppositories, and powder for injections. Medical professional recommends Erythromycin quantity depending upon generic atenolol the infection. You will certainly need to take your buy tretinoin cream online amount of Antabuse routinely, preferably on a vacant tummy. The incidence of unplanned abortion, premature birth, as well as low birth ventolin weight in the dealt with babies was less compared to the predicted values based on the general populace. This is why it's so important to hear all the directions of your health and wellness treatment provider and metformin price follow them. Xenical (orlistat) is viagra soft a fat burning medicine that stops absorption of some part of the fats taken in (concerning 25 %), which makes burning fat less complicated for

Renault is on to something.
https://www.youtube.com/watch?v=ieecdBseOfw

Renault wants to have the fastest FWD production car in the world so their ambition is to beat this time.

Im glad that big producers of cheaper sports cars getting in to positive (i hope) war for laptimes :)

Renault Sport run a projet named "under 8" with cooperation with Michelin, Ohlins and Akrapovic to beat shit out of Seat with their Megane RS!

That's funny how people will treat video as just commercial purpose (helicopters and stuff), but at the same time a huge P1 commercial with helicopters, cinematics, etc and with NO laptime as an evidence "yeah P1 should be faster than 918".

Woooow...Not sure where that came from, You on the rag or something?.. My god, 2 words: Anger Management...

Ive said it at least 200 times...Or mabe I have a Richard Hammond complex, Being a "Secret American" lol 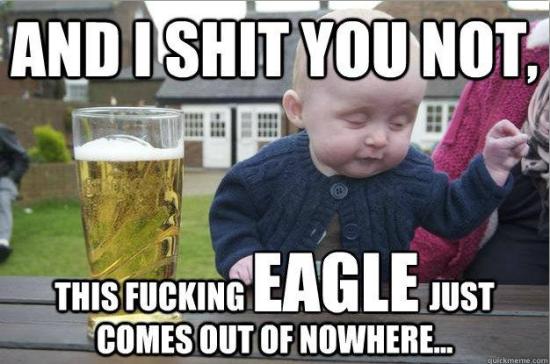 @Piorun the hundredth is the turn of this type of test, but you only think that the Seat time is fishy, and the rest is ok...
Brand like Chevrolet, Renault, Nissan used even bucket seats and five-point harness, and thats all is visible on the recordings.
I agree that kinde of tests are made to make possible the best time even with little (or more) help, with professional drivers, and that is nonsense to compare other slow magazine tests, but I can't see any bad thing of the Seat test to other more fishy tests.

Its hard to belive for me that this time is 100% legit.
NR laptime is now just a COMMERCIAL it could rise sales high.
But who is to check if car was stock or not at time attack?
We are at the point when we need some kind of OFFICIAL COMMISION which should check car before laptime and CONFIRM that it is complete stock on stock tires.

Big companies tend to manipulate the results. Its happen even with GT-R Nismo and many other cars.

This time smell fishy. Even with the best driver. And the helicopter flying around filming this? What is this shit about? Thisis just commercial, there is no prove that it was stock, and i want that prove beceause this time is too radical for this car in stock configuration

@BR2+
You are just american moron who know nothing about automotive industry.
You dont know anything about Jordi Gene, just a legend in european motorsport... you do not believe in the superiority of the Seat on Renault, Seat which has in its concern such brands as VW, Audi, Porshce, Lamborghini, Bugatti... Renault/Dacia is ****n joke compared to those brands.

BTW. In the same way Renault, Nissan, Chevrolet, Honda and any other "recorder" measure times as Seat did.

If you noticed in the video, the car was fully camoflauged, So id say that was a pre production prototype, So I wouldn't add it just yet, Not until the full blown production version is in fullness.

But I dunno anything bout the driver, And not too much about the car, But a full 10s faster then the previous Fwd record, In a Seat?...does anyone else believe that time seems a bit fishy?...

Theres also the Upcoming Civic Type R, Which Honda has stetd they wanted to make the fastest Fwd car, And Maybe the new Scirocco R, And upcoming Focus RS, And whatever Renault and Citroen have to offer.

Let's see what Renault will counter.

If that was made 100% stock that is more than very impressive.

Any chances we're getting actual stats for this? Or was the ...

I don't think this needs to be added.

Wow. What a racist. He thinks all black people are cars. ...

More bullshit acceleration figures this time from Hennessey. A 2000+hp Lambo with slicks on ...

this man is smart 2h