McLaren 720S completed a lap of Nürburgring Nordschleife in 7 minutes and 14 seconds. 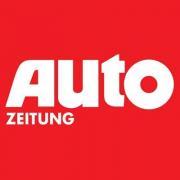 yes, the driver was likely not nearly as good as the hurricane driver, but my god, is he a lot better than any of us! Rent out a 720sand beat that time, then come back to me...

'ring times are a poor measure of track performance. Differing conditions on different days have caused a difference of 3s in the dry for a Viper ACR at Laguna Seca. Multiply track length by 6 and you have an 18s variation in the dry. Now the 'ring is well shaded by trees and the photoshoot showed the ground to be wet on an earlier day. Then you have different drivers with the faster times tending to be by CG not HvS. The 918 was only 1s faster with the same driver and the 720S ran 2s faster than the 488 and AMG GTR at Autocar's dry handling track, where it was also only 0.8s behind the Performante, which was on Trofeo Rs. This is also the vanilla 720S, not a hardcore stripped-out track version with fixed wing. Additionally the driver commented that he could have gone much faster.

So all the cars here(Except for Lambo) slow down a lot less on the corners than the McLaren.