2018 Lamborghini Aventador SVJ completed a lap of Willow Springs in 1 minute and 24.9 seconds.

wow, that's quite pathetic. It was on Trofeos already too.

Sounds like a broken press car if anything, especially the brakes part sounds scary. SVJ has already broken 1 track record outside the Ring, but I guess you can't have them all.

customer cars that are being delivered are on standard p zeros they have been trollolololololed :)

what they did is bumped up the power another 20hp and decided to do a ricey wing instead of keeping the sv wing with rear axle steering, which looked decent and your typical lambo customer started to pee himself and put down a deposit lololol

gotta love all those who believe they will be owning the ultimate driving machine, it's basically the 2011 pos venta-d that came out in 2011 that weighs close to 2 tons with a whack job on the exterior lololololol

this looked ok, but driving experience is complete sh|t 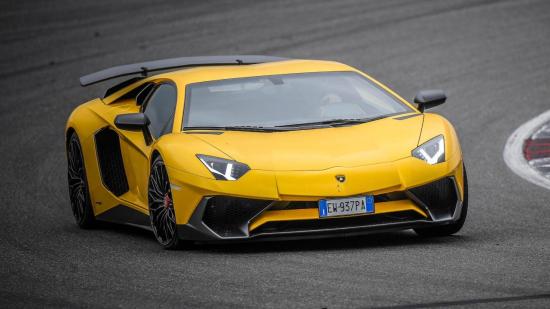 Does anyone know what tyres the SVJ had on for the Willow Springs Lap?

Well that is an apalling lap time considering the hype around the car... i kinda predicted it would be slow though :)

Funny how the factory effort at Laguna is so much quicker ...

Modified, with unknown ramifications to the motors and batteries. Still damn ...