Was it that young guy from Playstation academy?

Too bad there is no ESC & RESTART in real life....

More a reason to watch from a tv-_-

Although, I have always questioned the rationality of a spectator of a Rally race, They are "Literally" in the action in a WRC event often no barriers, I can understand why, But i can understand why the hell someone wouldnt even more..

The driver who set this time is the same driver whose car got air-born and killed a spectator during a VLN1 race. 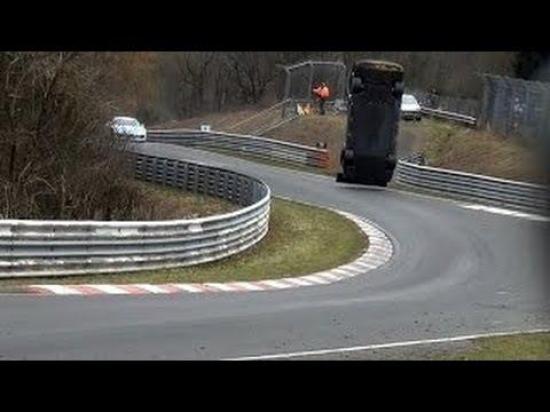 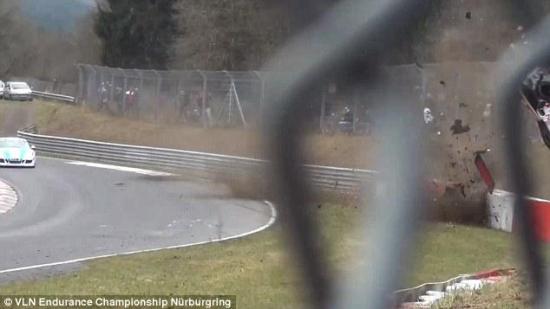 Can't really blame the driver once the car is in the air. The driver wasn't hurt (not really) but the spectator didn't survive.

Anyone remember the Lexus LFA Nurburgring Edition? Yeah, me neither. But at least you could've actually bought that one(assuming you had $450k to blow).

This is just like what Pagani tried to pull at the Top Gear track. They used non-stock tires to set a record lap(which were later proven to be racing slicks with hand-cut treads), then tried to hide it by saying they were some kind of super secret new Super Tire developed by Pirelli, which would "eventually" be available as an option on the Huayra. That tire turned out to be the Trofeo R, which look and function nothing like those slicks.

Yeah, The car should come as is, When a company makes a laptime, THAT car should be able to do that, None of this, "Oh it had an optional Nurburgring Track Attack Super Pack thing on it which will be available later at extra cost and only in certain regions..." Thats fkn stupid, Im all for options, But not this bullshite

@saxy: the z51 package on the vette is a factory available option readily available to consumers. it certainly isn't a camouflaged car with added undisclosed extra bits that the manufacturer claims will eventually be available after the fact.

@BR2+: I strongly agree, if a company is going to achieve a manufacturer laptime they better damn well make sure that the car they use is the same being sold to consumers (other than perhaps safety equipment) none of these bullshit aero fences or raised rear wings etc. that are not currently available.

but then the Corvette c7 times were mostly set with the "Z51" package. It's not like we put those as separate times... double standard man.

I wish that companys would just use the car that you can actually buy for whatever record they try, Im sick of all this, "Oh the car we used, Isnt the one you can buy but will be latter in the year"...I mean really?

I kinda agree it should be removed, I dont see a point in making a record in a shrouded car.

The "Time Attack" car is a NISMO with a few extra changes. Nissan claims that most of those changes will be available for purchase. The slight engine changes might not (certification costs) and the "aero fence on the hood" might not (pedestrian crash standards). The Goodwood car didn't have the aero fence on the hood so that might be gone for good.

In reference to the laptime. https://www.youtube.com/watch?v=GtsW__9RI3I

well if this car didn't count, then same the nurburgring time shouldn't count either, since it was the same car

this is what heppend to the production nismo at goodwood:
https://www.youtube.com/watch?v=jKgpq0nhLHM

It's the exact same car they used for the nurburgring.

The other production car is just a normal GTR. the GTR nismo costs some 40-50 grand more?

The car itself was all shrouded, And to be honest i wouldnt coulnt a time by a car thats shrouded in pre production drab, But i think more time should be looked into this, Dunno.

both were present at the FoS but the production car crashed

so is it legit?

Bugatti4Life the real one 14m

Porsche you guys did great but a problem I have with this car is ...

Bugatti4Life the real one 33m

Mine would be the white with the hint of red because that was 1 ...