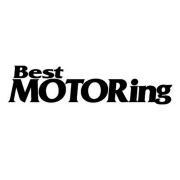 This car is a recipe for disaster

Not enough straights and not enough high speed corners.

Japanese have been in the belief for decades their cars are superior on the track in every aspect, even with 100-150 hp less than the competition. Tsukuba is the best example for spawning unrealistic laptimes, like the one where an NSX with 294 hp was faster than a Ferrari 360 with 400 hp. Their cars either have been tweaked or the competition hasn't been driven correctly. The Z06 is faster on almost any track, yet somehow even a 2008 GT-R is faster. You can hear the word BS from a mile away.

Yes I noticed that as well. It often seems like the Japanese cars are modified and/or get driven much harder. Obviously on rather small tracks like Tsukuba or Nihonkai Maze engine power isn't that important but a Corvette C7 Z06 also has much more mechanical grip while weighing less than a GT-R.

And a 2015 car is much more technologically advanced than a 2008 one. We're talking about a car that destroyed several supercars at the Nürburgrging with a manual transmission. I remember a time when Nissan claimed a 7:29 for their 2008 model which seems very far away from reality. I'm not saying the GT-R is a bad car, but some of their times are just incredibly unrealistic.

SLR is 6 years older and still didn't submit to the faster car. Really ...