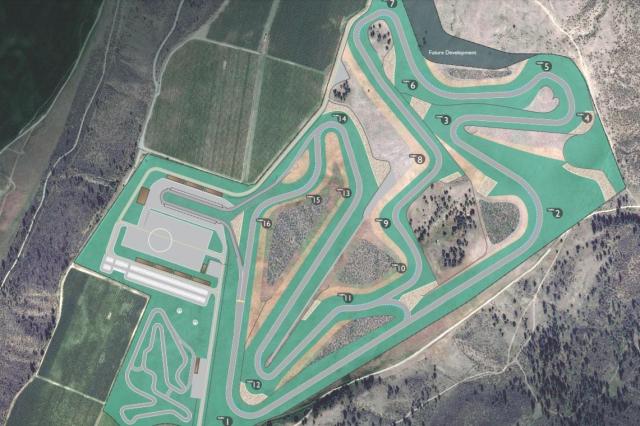 Area 27 is a racing venue in Canada with 4 lap times.This page represents the 4.8 kilometer (3.0 mile) configuration of this track.

seriously that Camaro is a beast of a track car. car is relatively cheap for it's performance and parts are cheap to repair. It's a shame that the ride quality is so unforgiving.

I recall Randy bought a Camaro himself, but just the 2.0L 1LE version.

And the best thing is, you can't go wrong with any of these. Just recently Robbie1LE drove his SS 1LE around the ring in Oschersleben and almost had the same time as a C6 Z06 and a 991 Turbo. And we're talking about a car for 46k!

Competent track performance used to be reserved for Corvette. But with these cars GM almost was cannibalizing some of Corvette sales.

Now that C8 is completely different (mid-engine), Camaro will have even more appeal.

GM started being serious with the Camaro 9 years ago when releasing the ZL1. This car was an absolute weapon, smashing the M3 GTS and C63 Black Series on the Nürburgring. Even today 7:41 is a very impressive time for such a heavy car (3 seconds behind a modern BMW M5). I'm actually glad they offer so much (especially for the price) now, and that only the uneducated and uncultured swines say Americans can't turn.

It doesn’t matter if they have better interior, (Camaro has better quality and a easier more usable infotainment) C63 AMG has really bad quality, they squeak and make weird noises while driving, I drove a C63 before, the C63 makes weird rat squeaking noises while touching the dash, the M4 has better quality than C63 but its still bad, while I was in the M4, I thought I broke the dash when I touched it, but it was the damn quality making these noises like “CREEK-SQUEAK”, not as loud as C63 but still horrible, then in 2017, the camaro ZL1 1LE does not have the best interior quality but its better than these german competitors, the camaro Zl1 1LE didnt squeak or make weird noises while driving, all I heard was a roaring V8.

Reliablity: I owned a BMW before and it always had to go to the repair shop and couldn’t get past 130,000 miles, also the BMW won’t even last at least 130,000 miles, also has more expensive maintenance, also the components cost a KIDNEY, the camaro has really cheap maintenance, easier to maintain, less components to go wrong, better engineered durability. Mercedes is EVEN WORSE THAN BMW IN RELIABLITY, my mom owned a mercedes C-class and that thing was hell, it was only at 90,000 miles and it was going to the repair shop every week and costed 13 IPhones to repair, so my mom traded a C class for a Cadillac, the cadillac is at 110,000 miles and its doing fine.

Oops my bad, I should have been more specific: the FIRST 2000's ZL1 did a 7:41 which was impressive back in 2011. The second ZL1 was absolute overkill considering the price and the fact that it's pretty much just a Camaro on steroids. I live in Germany, and I'd never buy a BMW or Merc over a good old American V8.

I totally agree on reliability: a German YouTuber called autotestsservices bought a fully equipped C63 S for, no joke, 118.000 euros. And he complained 10 minutes about the poor quality, squeaking, creaking etc. An absolute no-go, especially when considering you have to pay EXTRA for equipment in Germany. An absolute scam.

Meanwhile none of my friends (I'm part of a small local American car group) have any issues whatsoever with their cars. 2002 Pontiac Firehawk, 2001 C5, 2012 C6 Z06. You can say what you want about the interior, I personally find it stylish and not much worse than in a 996 or 997 from that time. It's hard to imagine how fast the next ZL1 will be. If it gets the same engine as the C8 Z06, easily under 7:10 or maybe even 7:00 flat. The SS 1LE will probably be around 7:30 or less with decent tires, considering the base C8 did a fairly unimpressive 7:29 with MS4S.

Further evidence that lap times are only as good as the driver :)

in other words, (insert Nurburgring laptime)

I find it interesting that the Mustang has a slower 0-60 ...

The Jeep has a supposedly "better" weight-to-power ratio, but is actually ...

The P1 was always faster than the Laferrari, especially for straight line speed. Around ...

who cares who beats who just enjoy the car

It's like comparing a Redeye Widebody to a ZR1 Corvette ...

The F1 is in a league of its own