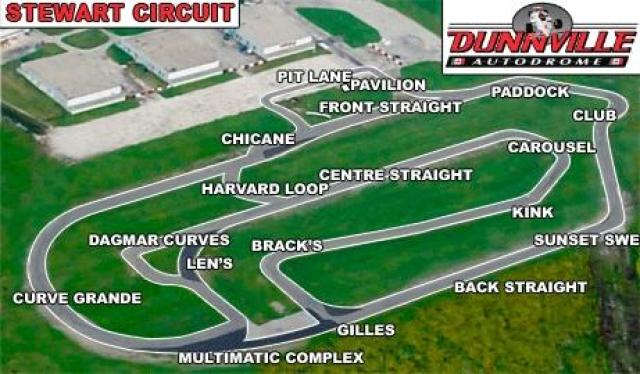 Opened in 2004, Dunville Autodrome is a 2.2 km/1.375 mile proving grounds which also hosts testing, lap days and special events. It was ordered to close in 2009 after the Ontario Municipal Board declared that the track activities did not constitute a legal use under the zoning laws, and that the activities were incompatible with the surrounding land uses. This circuit is used by the channel "Throttle House" as a test track for their video reviews. As a rule, Thomas Holland is the driver. Since he is not a profi, these lap times aren't indicative of the maximum capabilities of cars, but, nevertheless, they are interesting in terms of performance, which a driver can achieve without special training.

Bottom line is that it means more work for admin and he's already very ...

Well maybe not racing series but track toys only For now at least ...

Its hard to define models for race cars in many cases. There are too ...

Just add a racecar/track car seperate page We will take care of it ...

Unfortunately it must be deleted. Basically almost equivalent to a GT3 ...