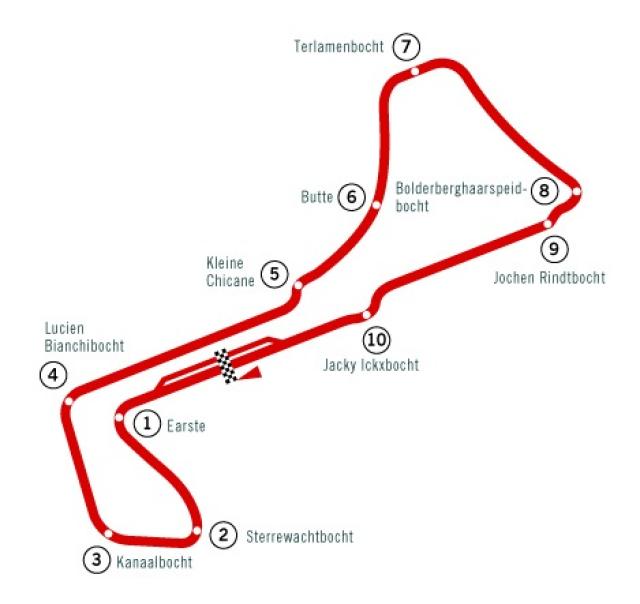 The Circuit Zolder, also known as Circuit Terlaemen, is an undulating 3.977 km (2.471-mile) motorsport race track in Heusden-Zolder, Belgium. Built in 1963, Zolder hosted the Formula One Belgian Grand Prix on 10 separate occasions in the 1970s and 1980s. The Belgian Grand Prix was held here only once more before switching to Spa Francorchamps which has hosted the Belgian Grand Prix nearly every year since. Now, Zolder hosts a round of the World Series by Renault championship, as well as the national GT Belcar championship, including the Euphony 24 Hours of Zolder, and many more. In the beginning of 2006, the track underwent some adaptations to increase safety. In 2007, the track hosted a Champ Car World Series Grand Prix, and a round of the FIA GT Car Championship.