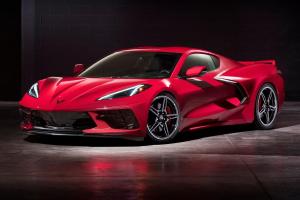 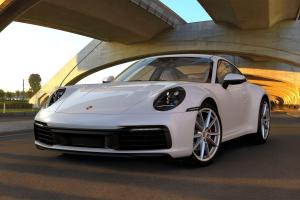 911 Carrera S is the fastest by a small margin.

This comparison has been viewed 4k times. 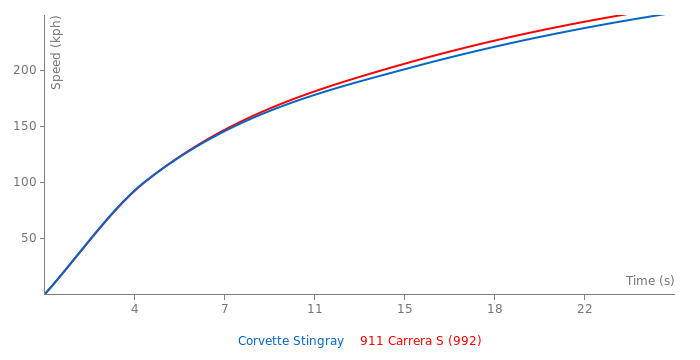 Hybrids and electrics are the aspartame ("diet" soft drinks and sweets) of the auto world. They add weight from the "hidden" ingredients and are therefore useless for daily essential consumption.

It's official, I stopped hating on imports and gaslighting their fans

The 911 will always be the better choice, because It has the overall

It basically f**ks any Corvette hard whether they install the engine up front or throw it in the back. Hell it can even take care of Mclaren's and Ferrari's without having to go from 6 to 8 cylinders.

Contrary to popular belief, the Corvette is NOT a direct competitor with the Porsche 911. The Corvette has no direct competitors, since the Viper went out of production 5 years ago and the vette moved to a rear mid engined platform 2 years ago. The Porsche 911 has no competitors either. It resides at the top of the sportscar foodchain and only has occasional "911 model to car model" comparison, but no "911 lineup to car lineup" s. This (being at the top of the sportscar foodchain) used to be the case for the corvette, however it's been caught up on by other manufacturers. Where exactly does the vette fit in with the porsche lineup? Right between the cayman and 911. It's a more fun, more exciting, more comfortable drivers car than the 911, and it's a more performance oriented, better track time achiever than the cayman. The C8 Stingray can only compete with the 992 carrera 2s at best, but most likely can only compete with the base 992 rwd. The Z06 even with the Z07 pkg is likely to only be able to compete with the 911 GT3, and there's talks that the GT3 RS would clock times only slightly slower if slower at all than the 991 GT2 RS. Not to mention the 992 GT2 RS would probably be able to snack on the Senna. Chevy's gonna need that hybrid 1000hp Zora to compete on that level. And even at that point, it's anyone's game.

Results are so even! The veredict should be “ no clear winner”!

Two of my favorite cars, Corvette edges the carrera S in terms of price to performance while the 911 edges the corvette in daily driving, both have their own pros and cons, no need to be a fanboy, at the end of the day, they both beat Ferrari’s and Lamborghini’s.

The time at the Hockenheim GP shows again how unbelievable and unserious German car magazines are. It wasn't just the test, it's rather the fact that the Corvette came THIRD right behind an Audi R8 with RWD that required CUP 2 TIRES to even keep up with the two. And knowing sport auto, they always let the 911 win so they don't lose any reputation on the race track. I mean, look at the Nürburgring. Obviously the Porsche would have the best obtainable performance equipment to dominate the track.

PorsCHE AT it again.

Almost 70 years of history between the 2, Enemies yet brother's at the same time, No other cars have what these 2 have accomplished, Its truly a beautiful thing in the automotive world.

There is no clear winner, but you need to pay almost DOUBLE of MSRP price for that Carrera compared to the C8. I guess it give more reason for Porsche to prop up the 718 model, which its price can be more justified, at least.

I believe you switched the placements of the straight line speed